One of the first things Jim Kilday and Greg Stratton noticed they had in common when they worked together for the first time was whatever they were doing was going to be done as well as it could be done.  Kilday calls it the quest for excellence and he immediately recognized that Greg Stratton had been bitten by the excellence bug.  In view of this shared devotion to doing things right and striving for excellence in execution, both Jim and Greg recognized the synergism they generated working together.

When the Bozeman housing market recovered, they immediately moved to acquire the remaining 65 acres of Valley West, which they have called The Lakes at Valley West, recognizing its two six-acre lakes.  Kilday called it the best piece of residential development land in Bozeman, perhaps in all Gallatin County.  It was the Jewel in Valley West's Crown which both Greg and Jim consider to have matured into an outstanding example of a master-planned community. 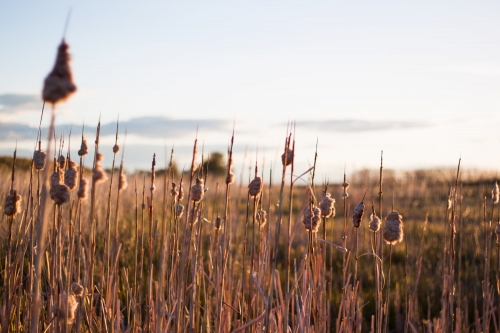 James Kilday is a real estate developer and founding partner of Kilday & Stratton, Inc. Jim has led or been involved in an executive capacity with several successful real estate projects during a 40-year career negotiating over a half-billion dollars in real estate transactions throughout the West.  Jim specializes in master-planned communities like Scottsdale’s Gainey and Scottsdale Ranches and Stonebriar in Dallas.  Gainey Ranch was recognized by the Urban Land Institute as a benchmark example for planned community development.

Jim is a Certified Public Accountant, an Alfred P. Sloan Fellow of Stanford University’s Graduate School of Business and graduate of Hudson’s Bay Company’s Senior Management Program at INSEAD, called The Business School for the World, in Fontainebleau, France.

After a decade practicing as a CPA, the last five years with PricewaterhouseCoopers, Jim declined an offer of partnership from PwC deciding he wanted to live and develop real estate in the West.  He accepted a position as Chief Financial Officer with a small, local Phoenix, Arizona real estate development firm in order to “learn the trade.”  After three years as Chief Financial Officer, followed by a year at Stanford's Business School, Jim started consulting for the real estate development arm of the historic Hudson’s Bay Company. Jim established Markland Properties in Arizona as a subsidiary of Hudson’s Bay Company where over two decades he developed several noteworthy communities, including Scottsdale’s award-winning Gainey Ranch.

Jim moved to Bozeman in 2000, and is partnering with Kilday & Stratton’s co-founder Greg Stratton developing The Lakes at Valley West.

Across a 25-year career, Greg has been involved with several notable real estate developments and infrastructure across Montana. He has marketed and developed both residential and commercial properties and entitled over 1,000 acres as master-planned communities.

One of Greg’s award-winning projects is Bozeman’s Valley West master-planned community, recognized by the Sonoran Institute for ‘Best Practice in Community Design’ and the City of Bozeman's ‘Community Park Design’ award in 2007.

Greg earned a Bachelor’s Degree in Civil Engineering at Montana State University and worked for the notable engineering and consulting firm Morrison-Maierle for 15 years.  In 2006, he joined The Aspen Group as a Vice President, and led a team responsible for the market analysis and entitling of several sizeable properties in Bozeman, Whitefish and Kalispell.

More recently, Greg specialized in real estate investment, acquisitions and land sales, planning, design and engineering and construction of infrastructure and homebuilding in Bozeman. He is now back at Valley West with partner and co-founder, Jim Kilday.  They are developing The Lakes at Valley West, a 240-lot innovative master-planned community.

Greg and Jim view The Lakes at Valley West to be a critical opportunity to introduce their philosophy of development to Bozeman and Montana. It is, in fact, an opening chess move in a championship game as they intend to build a multi-disciplined company that develops, builds and offers advice on how to maximize value and minimize risk to landowners, developers, builders, investors and financial institutions throughout Montana. They intend to make their mark on The Lakes by making it the best that it can be through careful planning and thoughtful design.  Selecting the best artisan builders and real estate professionals to work with and tasking them to develop new and innovative housing designs unique to The Lakes, they intend to realize the full potential of this magnificent property.

Their goal is simple.  Make The Lakes, THE place to live in Bozeman.